International School of Tallinn, an English language school for foreign children, founded by Mainor last year will be ready to take on the first 20 students this autumn. 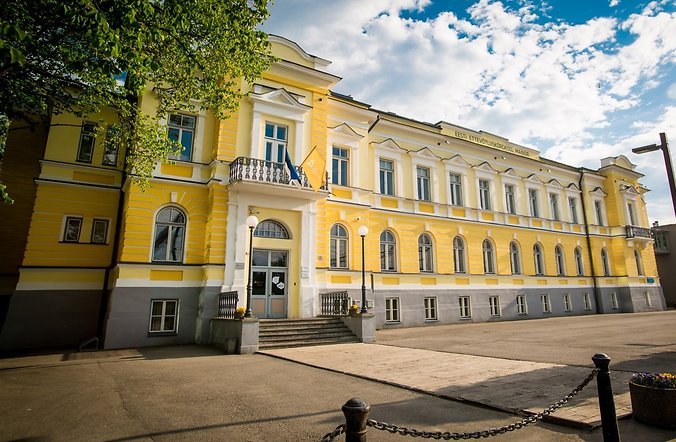 According to head of the new school Olavi Otepalu, they came up with the idea of establishing a school because in order for Ülemiste City, their biggest development, to be successful they needed to attract to Estonia high value-added companies and build the infrastructure that the foreign specialists working in those companies would require. “Given that convenience and access to all the necessary services on the spot are key to the development of the campus, it is important to have an English language school of general education there as well, in addition to the Estonian language Kalli-Kalli Kindergarten and Emili School”, Otepalu explained.

“There are other schools in Tallinn offering international education, but there was a need for a new school in Ülemiste City, because even today it hosts a large number of international companies with foreign specialists from 50 different nationalities”, said Otepalu, who used to be head of Tallinn European School. According to Otepalu, an international school is structured on three important pillars: international environment, provision of highly regarded and globally recognized education and affordable tuition fees.

During the first three years the school is going to offer general education in English, based on the Estonian national curriculum, thereafter the school shall switch to the internationally recognised IB or International Baccalaureate curriculum. Over the long term the International School of Tallinn plans to combine two very strong curricula – the Estonian national curriculum, which has proved its worth in the remarkable results Estonian students have achieved in PISA tests, and the internationally recognised IB curriculum, which would allow the students carry on their studies in other countries, if need be. “This is an important option for families, who have to move from country to country because of work”, he added.

The school shall pay great attention to inter-disciplinary integration, developing general competences, problem solving skills, group assignments, creative learning and research based learning. In order to make the children more motivated, various digital solutions shall be used, and a personalised approach shall be applied in teaching, taking into account the specific needs and performance of every student.

By integrating the two curricula the International School of Tallinn hopes to make of its students successful, happy, helpful and tolerant world citizens.

“Clearly in the first years the owner of the school must invest a lot, but in the long run it is important for the state to make the sustainability of the school its priority and consider it as a necessary tool for improving the social environment and faster integration of the foreign employees”, noted Otepalu and added that Mainor has decided to cover 25% of all the tuition fees this year, thus offering more favourable terms for the first students who enter the school.

Brisk expansion is planned for subsequent years and eventually the school is scheduled to cover the full study cycle from primary years to the end of upper secondary school. To achieve this, plans are already under way for building modern premises for the school in the centre of Ülemiste City.

The Mainor Group has been established in the educational market since 1992, when today’s Mainor Estonian Entrepreneurship University of Applied Sciences started out as the Mainor School of Economics. Over time Mainor has been engaged in training, consulting and development related activities. In addition, Mainor was involved in establishing the Kalli-Kalli kindergarten and Emili School, an Estonian language school of general education in Ülemiste City.